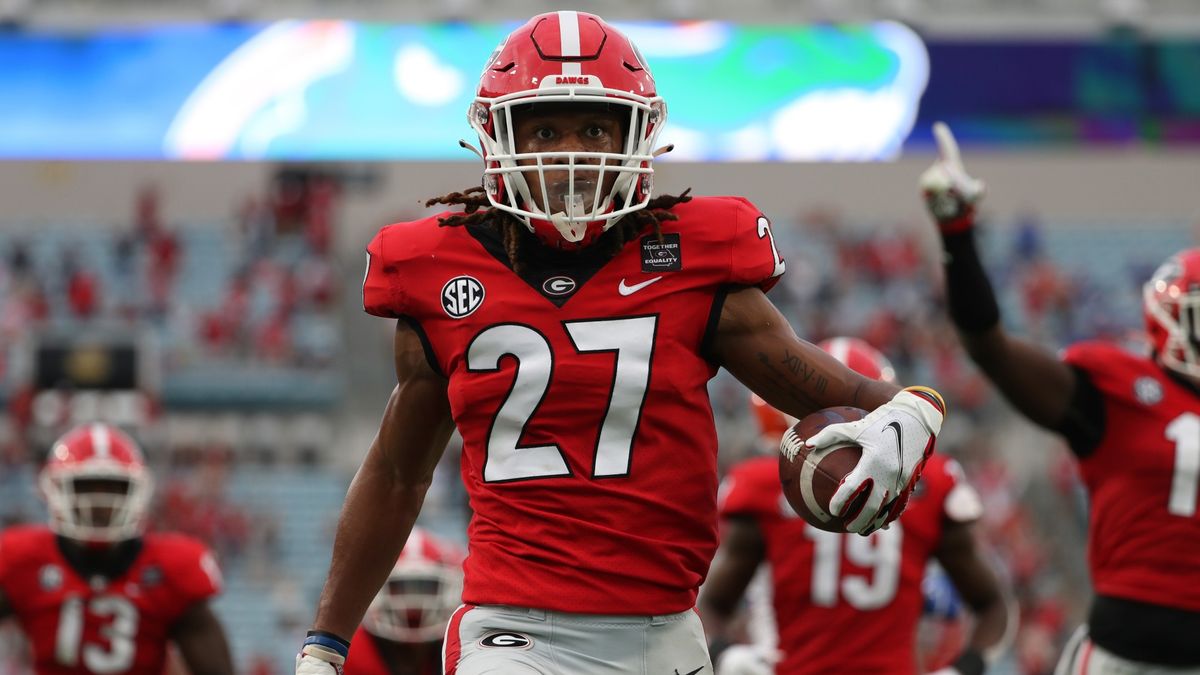 It’s been a weird kind of season. The Big Ten and Mountain West voted to play football next spring before doubling back and starting their 2020 seasons in Week 8. The MAC and Pac-12 will soon follow beginning their seasons in the first week of November.

As weird as the 2020 season has been so far, it has also been more of the same.

Ultimately, the 2020 season will produce four schools that will compete in the College Football Playoff. Alabama and Clemson are almost a given each year as entrants into the CFP. Last year was the first time since the inception of the CFP that the Crimson Tide didn’t make it.

Clemson missed the first CFP in the 2014 season but has played in every one since. The Tigers have played in four of the past five national championship games and have claimed the title twice.

The 2020 season seems no different than any other as both Alabama (5-0) and Clemson (6-0) are once again the top two favorites. Ohio State, which has played in three of six CFPs, is off to a good start in 2020 and is ranked No. 3 in the nation.

The rest of the favorites are familiar names like Georgia and Notre Dame. Betting on an outsider to win this year’s CFP might seem like a sound choice, but remember Alabama or Clemson have won four of the six CFP national championship games.

Just because there is a worldwide pandemic doesn’t mean college football coaches are safe. Yes, it’s true that schools will not want to pony up any hefty contract buyouts, but in some cases they might be willing to in order to move on.

Tom Herman was supposed to deliver Texas to Big 12 supremacy. Instead, the Longhorns are enduring more of the same old, same old. Herman beat rival Oklahoma and won a bowl game in 2018 but slipped to 8-5 last year with another loss to the Sooners. OU beat Texas again this season, 53-45, in a wild finish.

In three-plus seasons, Herman is 28-17. It’s okay, but not really Texas-okay.

MUST READ: WHY LINE SHOPPING IS A GOOD STRATEGY

South Carolina head coach Will Muschamp is 48 years old. He’s already been the head coach at two SEC schools, has been an assistant at two more, and served in the NFL.

Take away his 11-2 season at Florida that came right after Urban Meyer’s resignation and Muschamp is a very blah 43-44. Plus, he’s just 3-19 against ranked teams. That’s enough to get you fired, but his buyout after this season is $13.2 million.

The Pac-12 season will likely dictate the futures of USC’s Clay Helton and UCLA’s Chip Kelly. In two years at UCLA, Kelly has lost 17 games. Helton has actually done okay at USC with two division titles in five seasons, one conference championship, and a 40-22 overall record. Fans want more though.

While Clemson is off to a 6-0 start, they are not a favorite of spread bettors. A look at college football scores shows you that the Tigers are just 2-4 ATS so far this 2020 NCAAF season.

Best bets against the spread this season include Arkansas, which is 4-0 ATS, and Tulsa (3-0 ATS). BYU has covered in five of six games and Army is 5-2 ATS.